How to mix sanctions and diplomacy to avert disaster in Ukraine

“How to mix sanctions and diplomacy to avert disaster in Ukraine” by David Cortright and George A. Lopez, The Bulletin of the Atomic Scientists, (1 February 2022). 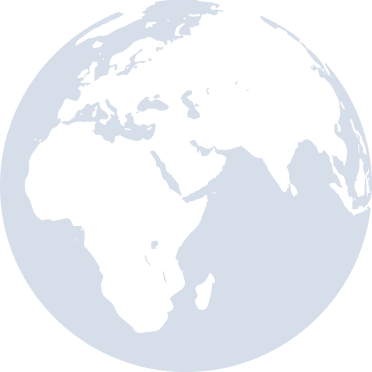 Rethinking International Counterterrorism Assistance to the Greater Horn of Africa: Toward a Regional Risk Reduction Strategy

The Horn of Africa has long been a recipient of foreign security assistance, with significant funds increasingly devoted to supporting subregional civilian-oriented counterterrorism efforts over the past decade. Despite efforts to better coordinate delivery, counterterrorism programming in the subregion generally remains fragmented, short-term, and siloed in implementation. This article argues that it is time to rethink the international community’s approach to counterterrorism assistance to the Horn of Africa and calls for a cohesive regional approach that not only bridges the gap between security and development, but also the gap between counterterrorism and human security. 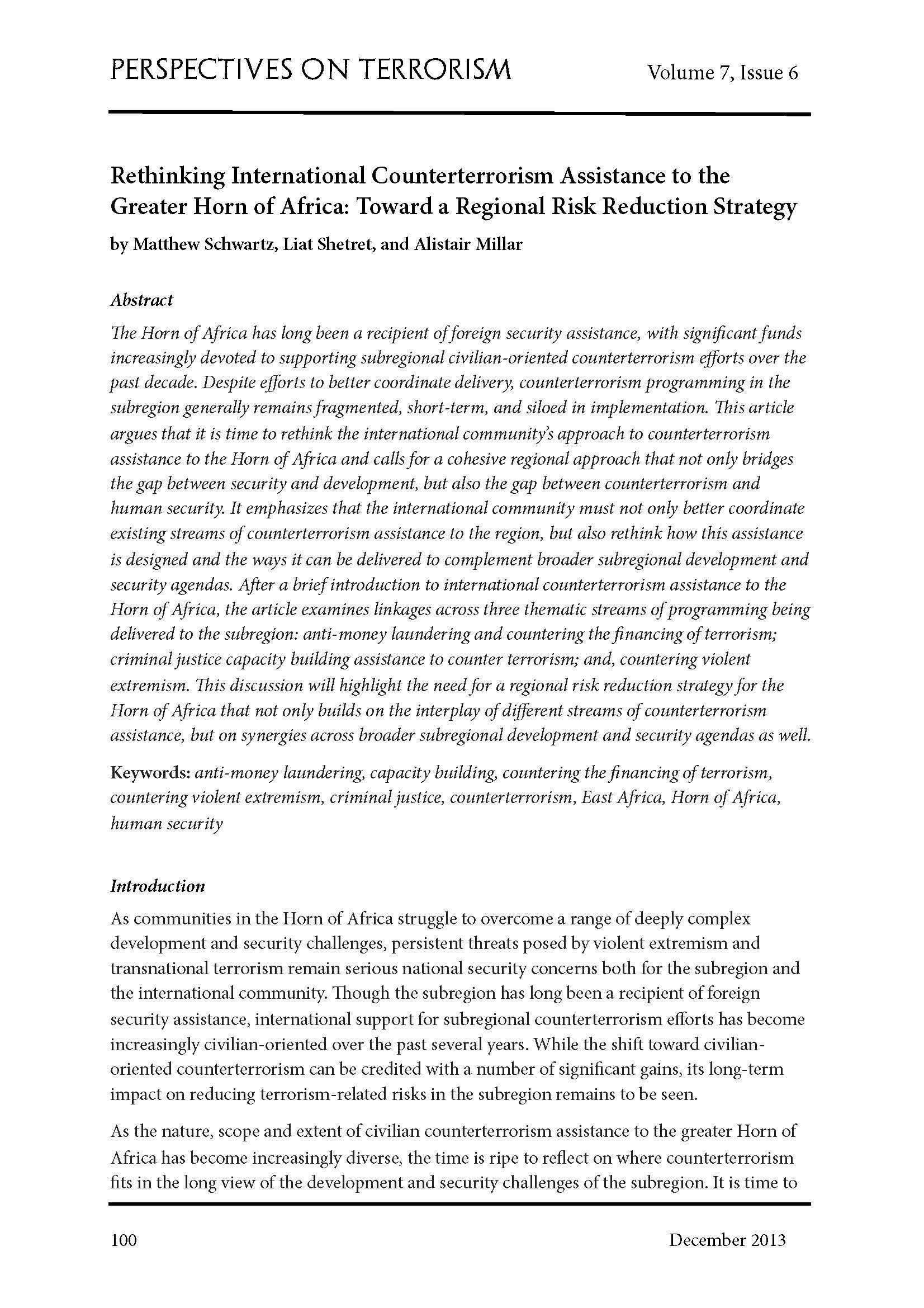 Friend, Not Foe: The Role of Civil Society in Preventing Violent Extremism 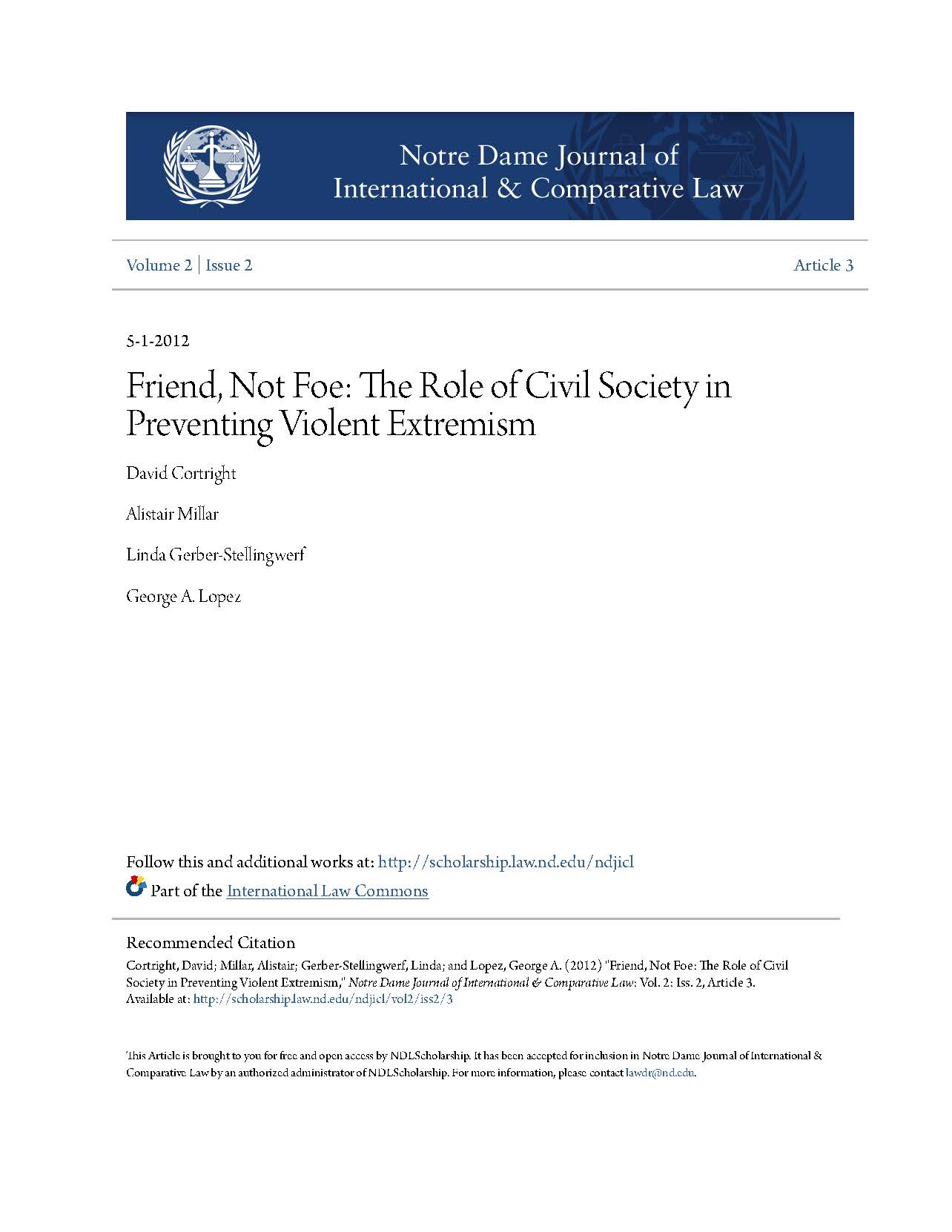 This article, published in the African Security Review, begins with an overview of the terrorist threat and vulnerabilities in eastern Africa and the capacity of governments to respond. It then looks at the response at the subregional level and what has developed into the primary mechanism for fostering deeper subregional cooperation, the Intergovernmental Authority on Development Capacity Building Programme Against Terrorism, and how it may be improved. It also examines how the United Nations can help to strengthen that cooperation and the opportunity offered by the United Nations Global Counter-Terrorism Strategy. 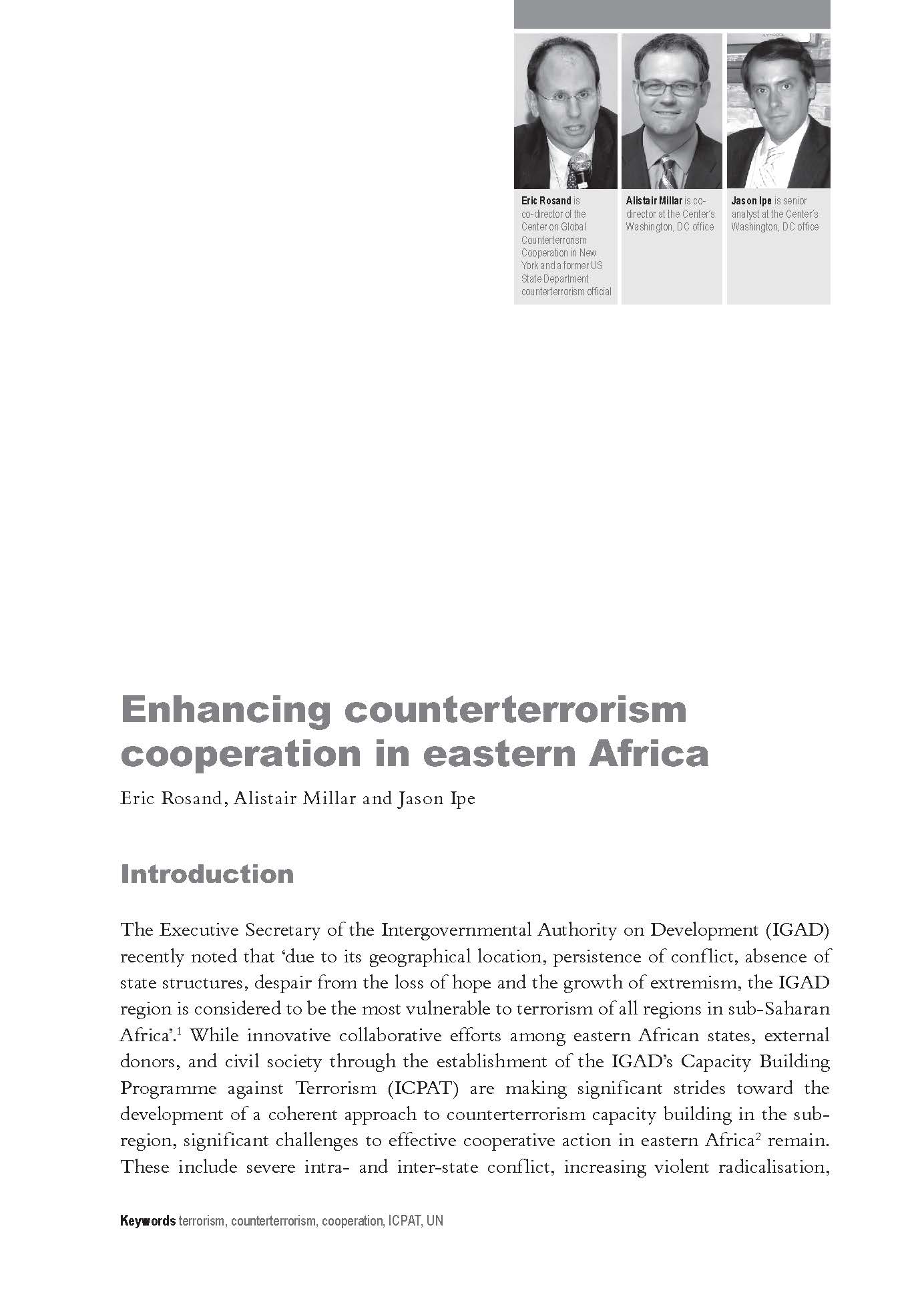 Terrorism and Weapons of Mass Destruction: How to Prevent the Deadly Nexus

“Terrorism and Weapons of Mass Destruction: How to Prevent the Deadly Nexus,” by Alistair Millar in Global Dialogue; Nicosia, 8, no. 1/2, Winter 2006.

Bombs, Carrots & Sticks: The Use of Incentives and Sanctions 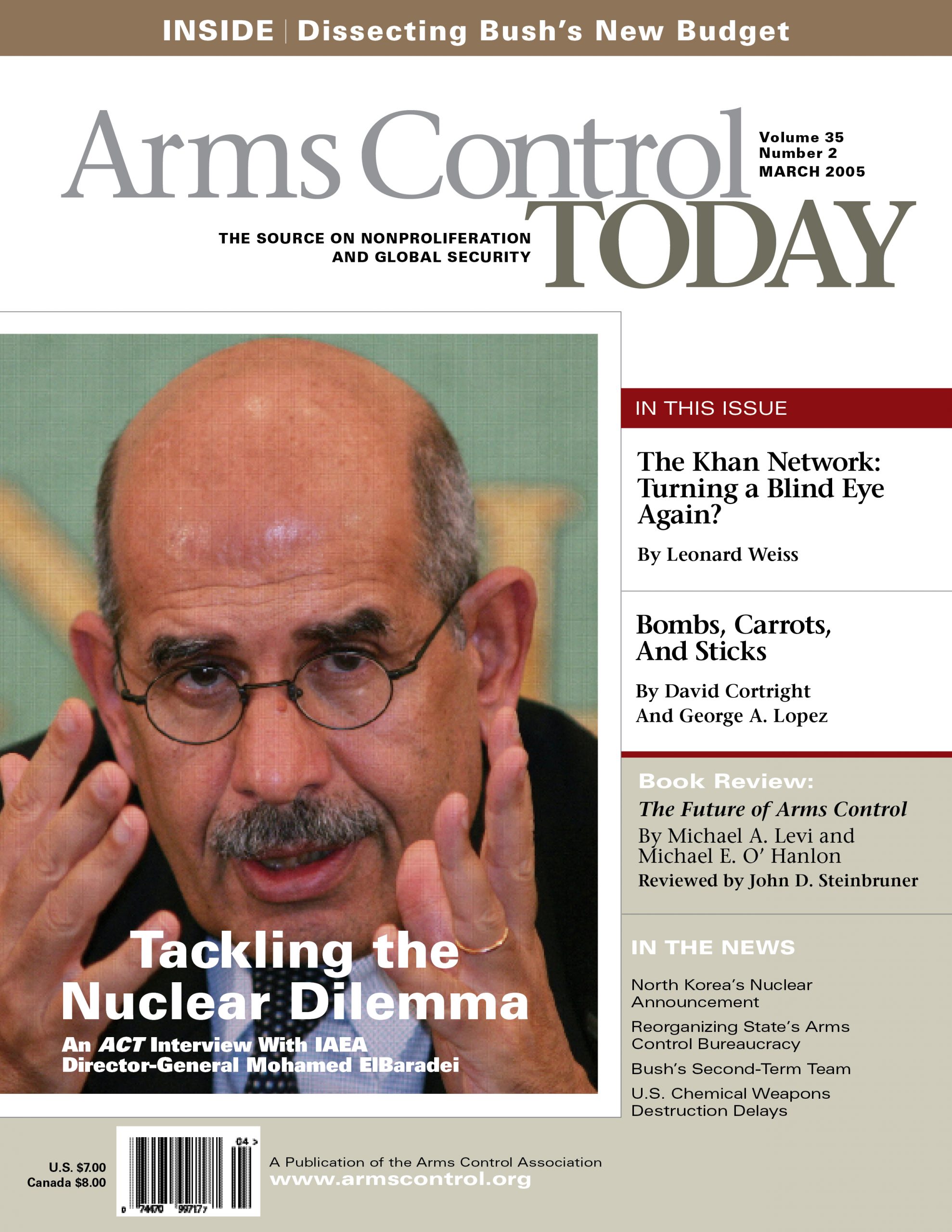 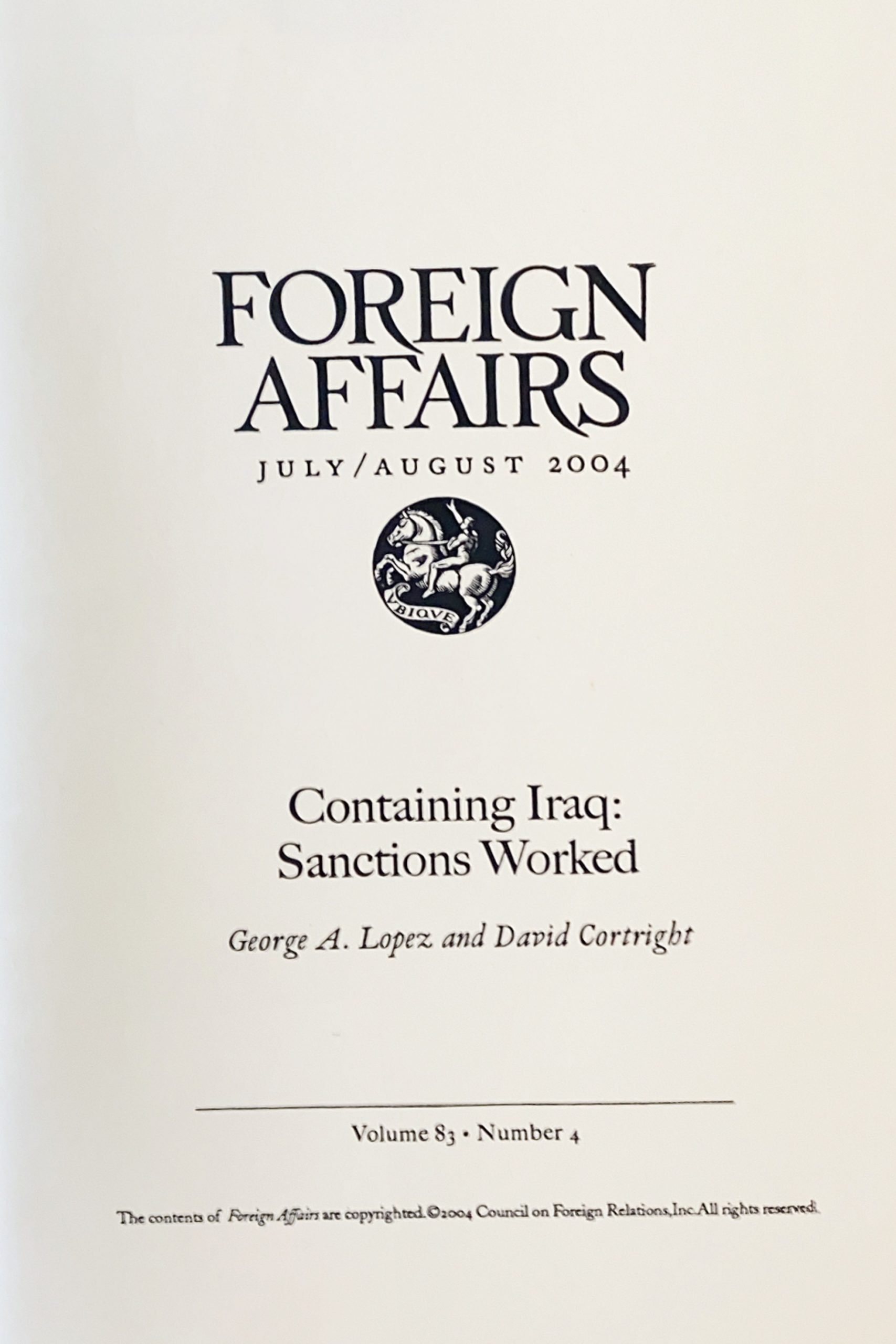 Dual-Use Material and the Weapons Search in Iraq

“Dual-Use Material and the Weapons Search in Iraq,” by Alistair Millar in Middle East Report, 2 May 2003. 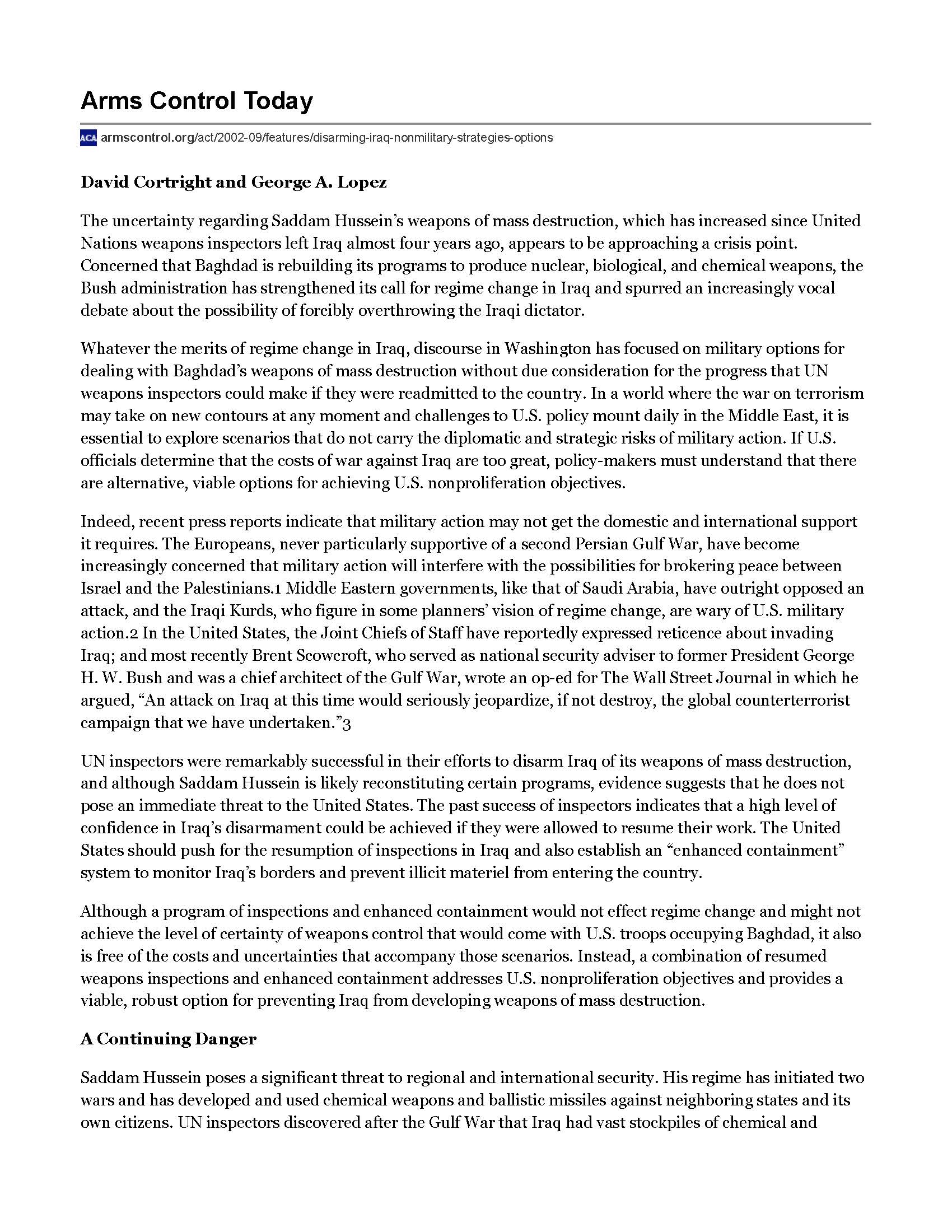