Syria: From Punitive Sanctions to an Incentive-Based Approach 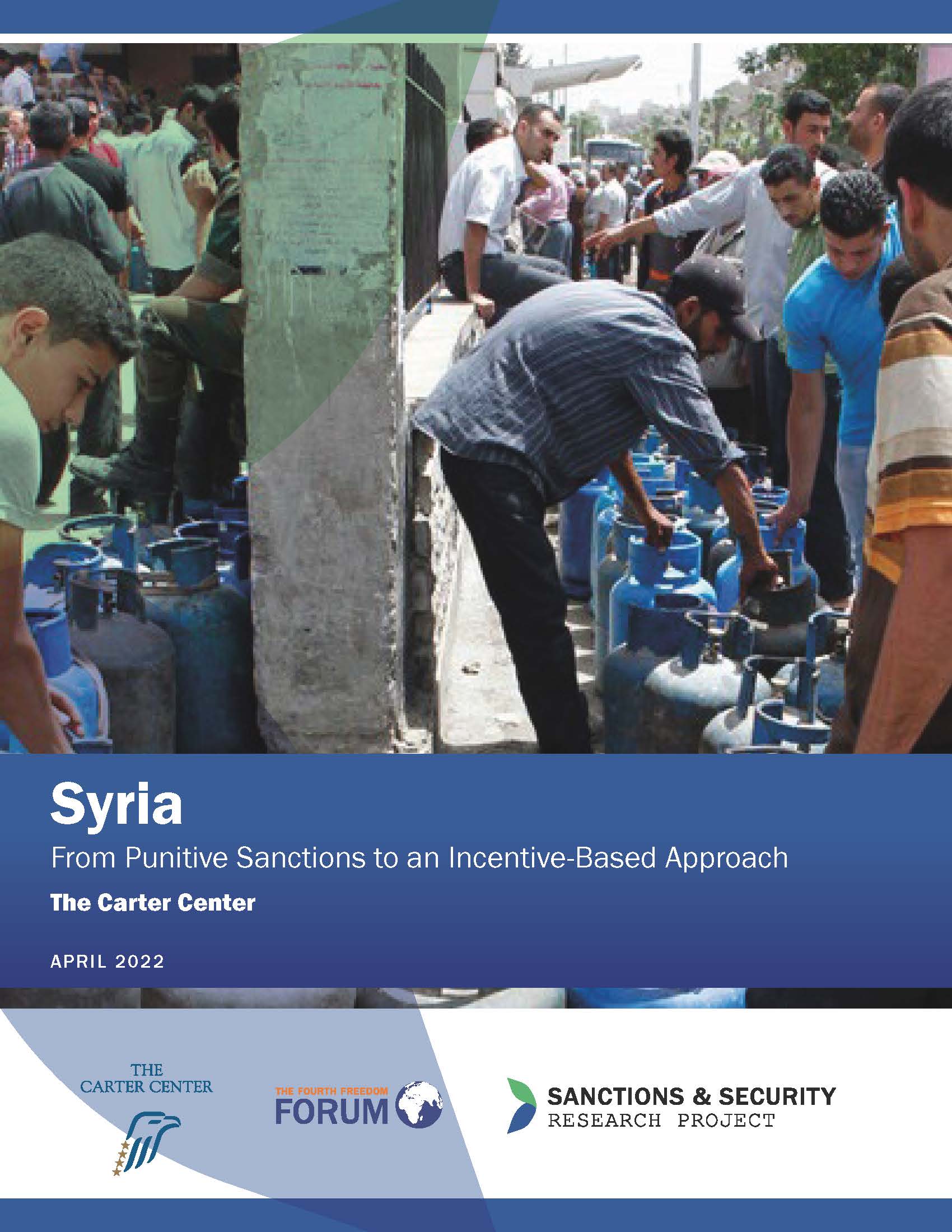 “Since 2011, in an unsuccessful attempt to bring about a political transition in Syria, the U.S. and the EU have employed unilateral and combined measures, including the imposition of increasingly harsh economic sanctions. This approach has failed to produce the intended result and has contributed to increased instability and suffering in Syria. Sanctions, in particular, are exacerbating the country’s already severe humanitarian crisis, without meaningfully advancing the political process. Sanctions are further contributing to the erosion of the Syrian economy, deepening unemployment, threatening new refugee flows, and leaving millions of idle young men vulnerable to recruitment by violent extremist organizations. Moreover, sanctions have marginalized the Syrian middle class at the expense of war profiteers. New thinking is needed and this paper advances this task considerably.”