Stalemate: A Short History of Sanctions Against Iran 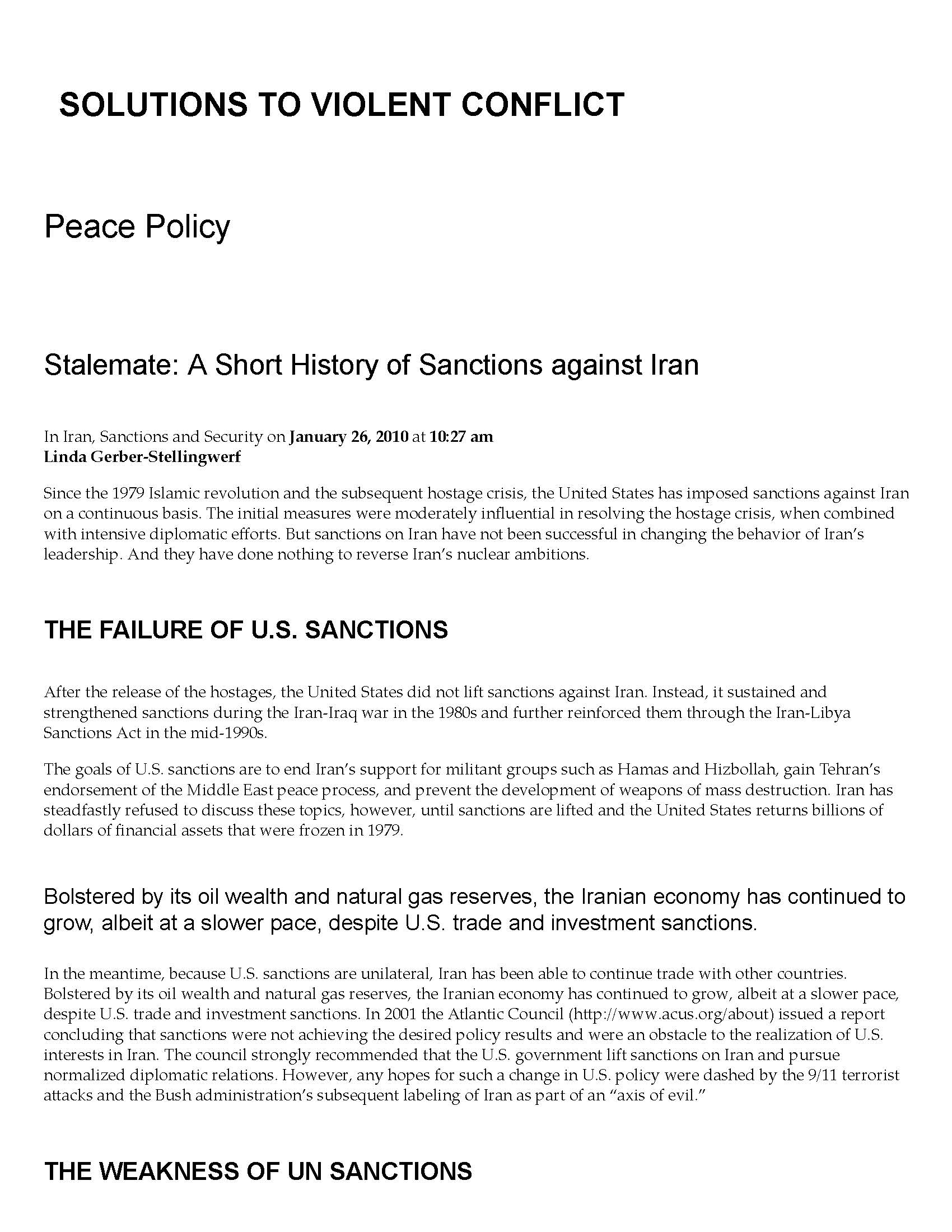 “Since the 1979 Islamic revolution and the subsequent hostage crisis, the United States has imposed sanctions against Iran on a continuous basis. The initial measures were moderately influential in resolving the hostage crisis, when combined with intensive diplomatic efforts. But sanctions on Iran have not been successful in changing the behavior of Iran’s leadership. And they have done nothing to reverse Iran’s nuclear ambitions.”