(Fourth Freedom Forum and Joan B. Kroc Institute for International Peace Studies at the University of Notre Dame, 2001)  By David Cortright, Alistair Millar, and George A. Lopez 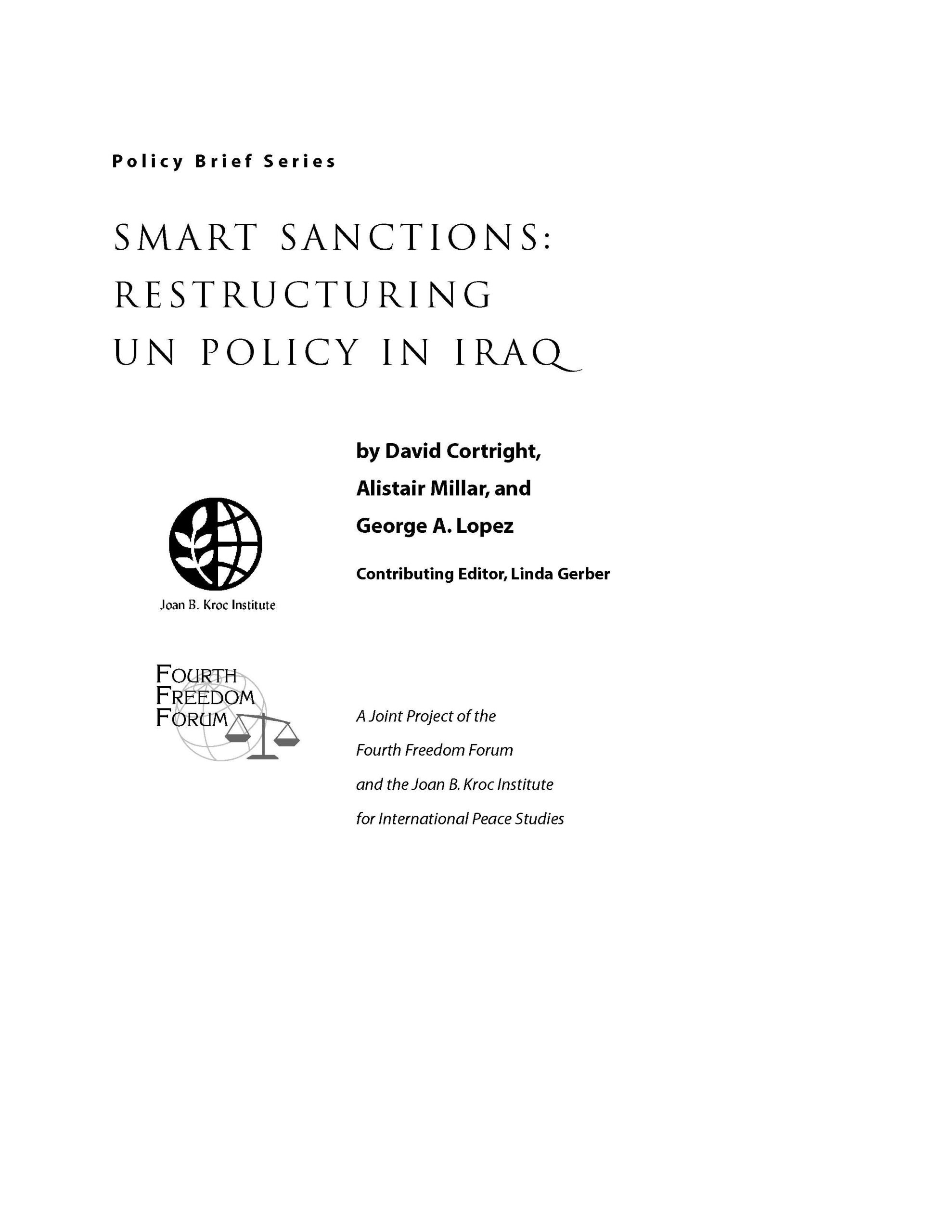 “Despite these dilemmas, the United Nations has an enormous stake in preventing the collapse of its policy in Iraq. The goal of completing the UN disarmament mandate is widely supported within the international community. Sanctions have constrained the military capabilities of the Baghdad regime and frustrated its attempts to redevelop weapons of mass destruction. Because of the enormous humanitarian costs involved, however, the UN trade sanctions have lost credibility and support among many nations, especially frontline states.”