Securing a Plan for Ending the War in Afghanistan 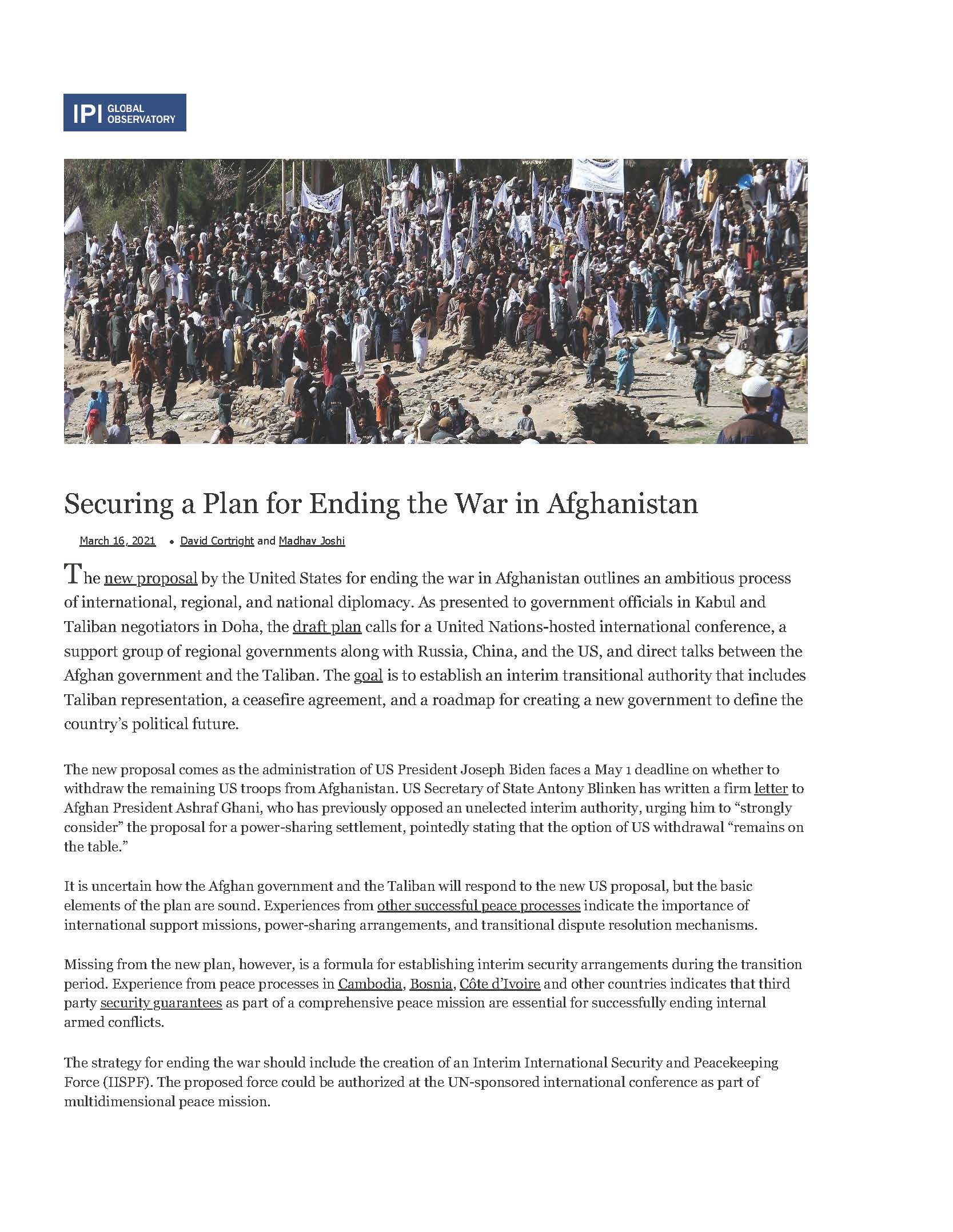 “The new proposal by the United States for ending the war in Afghanistan outlines an ambitious process of international, regional, and national diplomacy. As presented to government officials in Kabul and Taliban negotiators in Doha, the draft plan calls for a United Nations-hosted international conference, a support group of regional governments along with Russia, China, and the US, and direct talks between the Afghan government and the Taliban. The goal is to establish an interim transitional authority that includes Taliban representation, a ceasefire agreement, and a roadmap for creating a new government to define the country’s political future.”