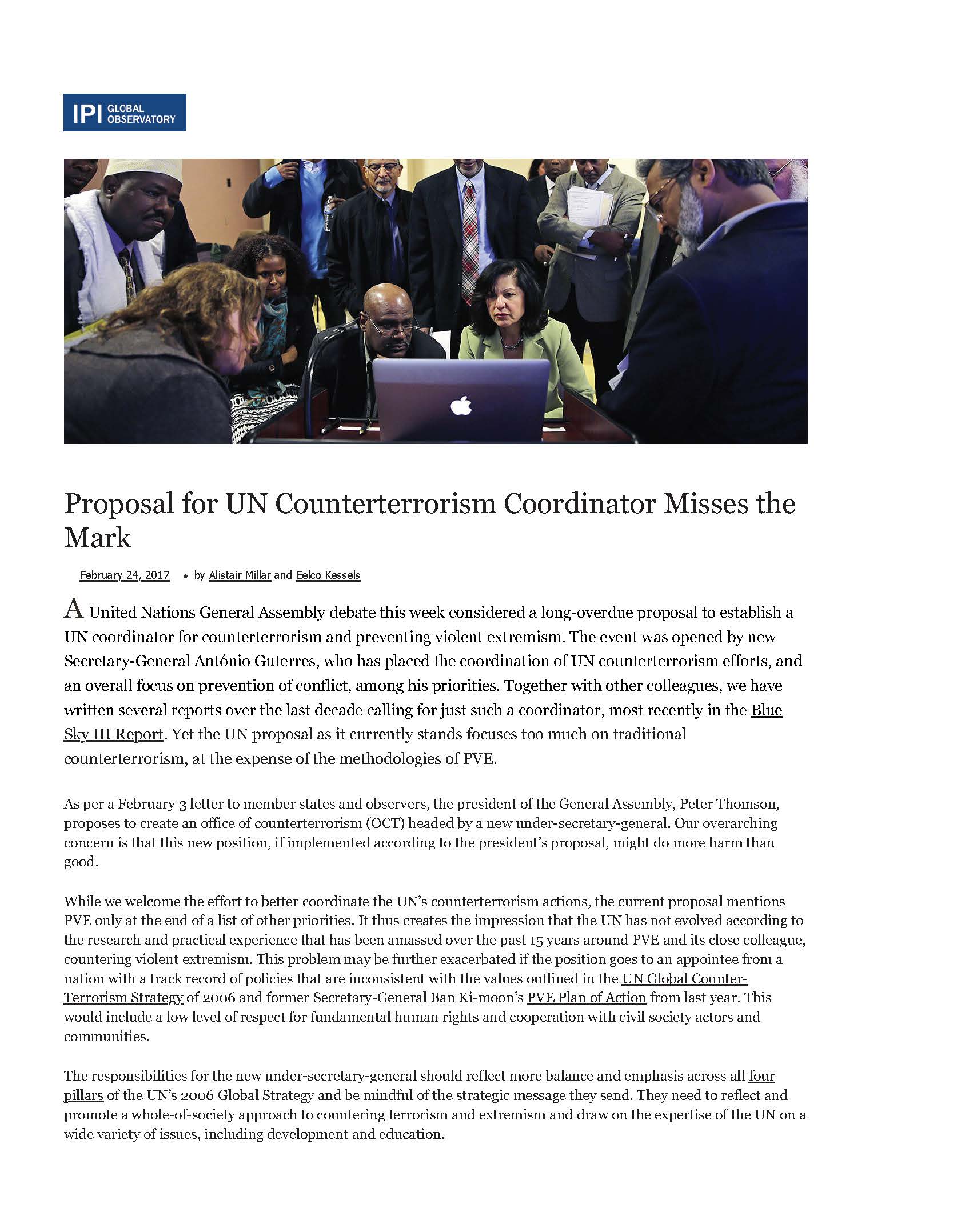 “A United Nations General Assembly debate this week considered a long-overdue proposal to establish a UN coordinator for counterterrorism and preventing violent extremism. The event was opened by new Secretary-General António Guterres, who has placed the coordination of UN counterterrorism efforts, and an overall focus on prevention of conflict, among his priorities. Together with other colleagues, we have written several reports over the last decade calling for just such a coordinator, most recently in the Blue Sky III Report. Yet the UN proposal as it currently stands focuses too much on traditional counterterrorism, at the expense of the methodologies of PVE.”