(Sanctions and Security Research Program of the Fourth Freedom Forum and the Kroc Institute, 2009)  By David Cortright 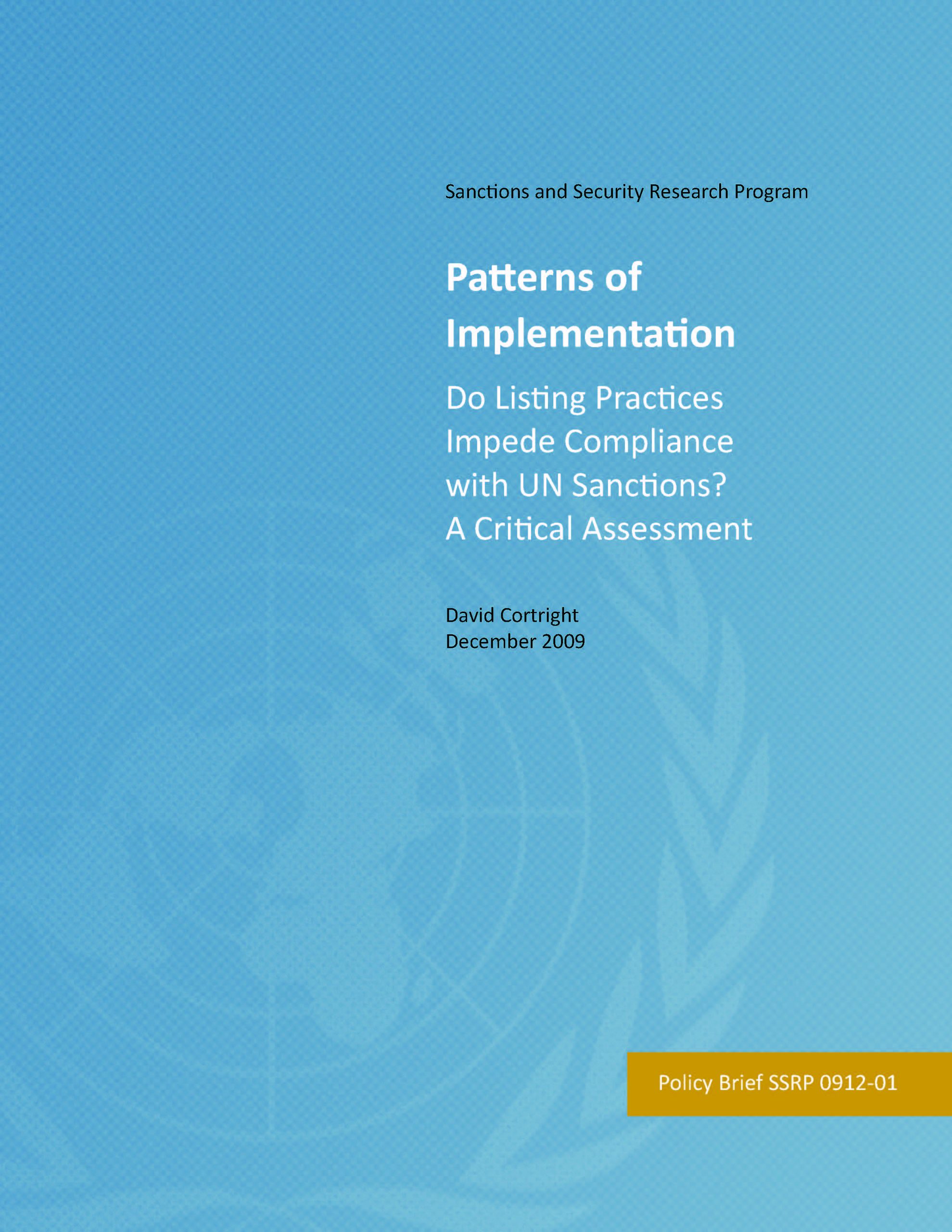 “The salience of the due process issue varies considerably among states. Concerns are highest among European states that are constitutionally and politically bound to the enforcement of rigorous human rights standards. Many of these states also have concerns about broader UN reform issues related to the representativeness of the Security Council and the legitimacy of its working methods. For other states the controversy over due process reinforces a general skepticism about sanctions, and may serve as an excuse for inaction.”