(Joan B. Kroc Institute for International Peace Studies at the University of Notre Dame and Fourth Freedom Forum, 1996)  By Samina Ahmed and David Cortright 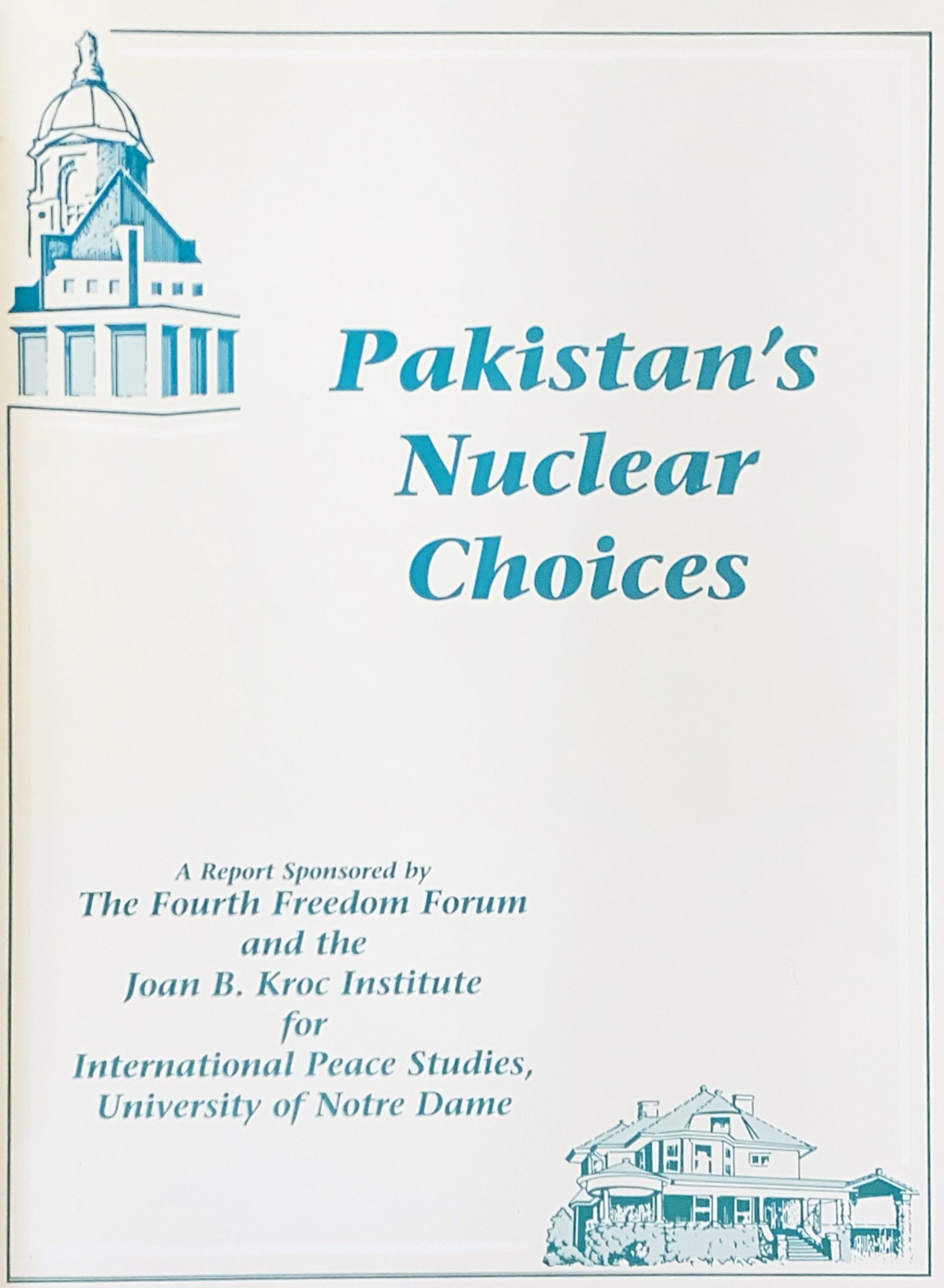 “There is very little support in Pakistan for unilateral accession to the Nuclear Nonproliferation Treaty (NPT). Among supporters of official policy and nuclear advocates (94 percent of the sample), no one favors unilaterally signing the treaty. Even among nuclear opponents, only 15 percent support unilateral accession. On the other hand, 95 percent . . . would support Pakistan’s signing the NPT on the condition that India also sign the treaty.”