On Iran: Don’t Snap Back, Step Up 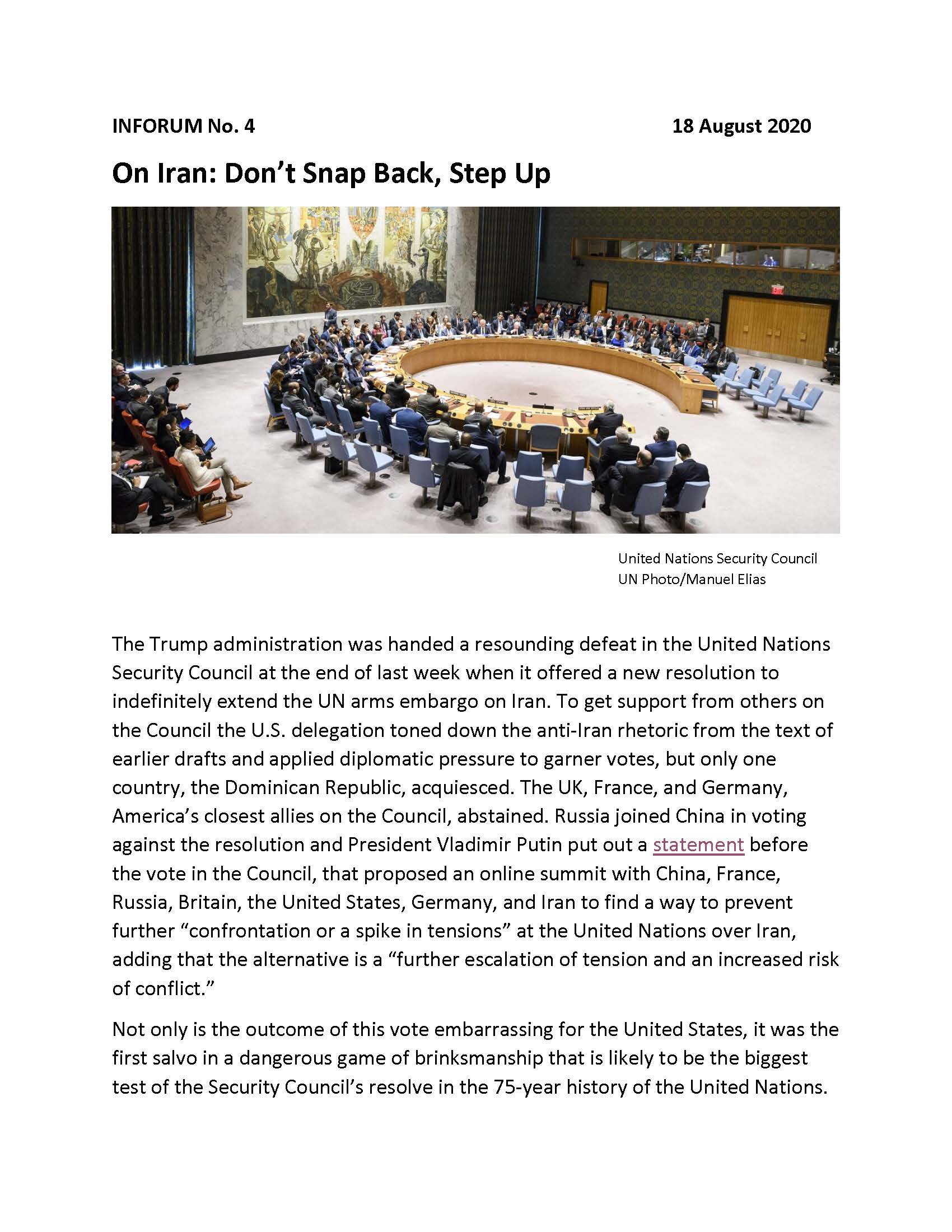 “The Trump administration was handed a resounding defeat in the United Nations Security Council at the end of last week when it offered a new resolution to indefinitely extend the UN arms embargo on Iran… Not only is the outcome of this vote embarrassing for the United States, it was the first salvo in a dangerous game of brinksmanship that is likely to be the biggest test of the Security Council’s resolve in the 75-year history of the United Nations.”