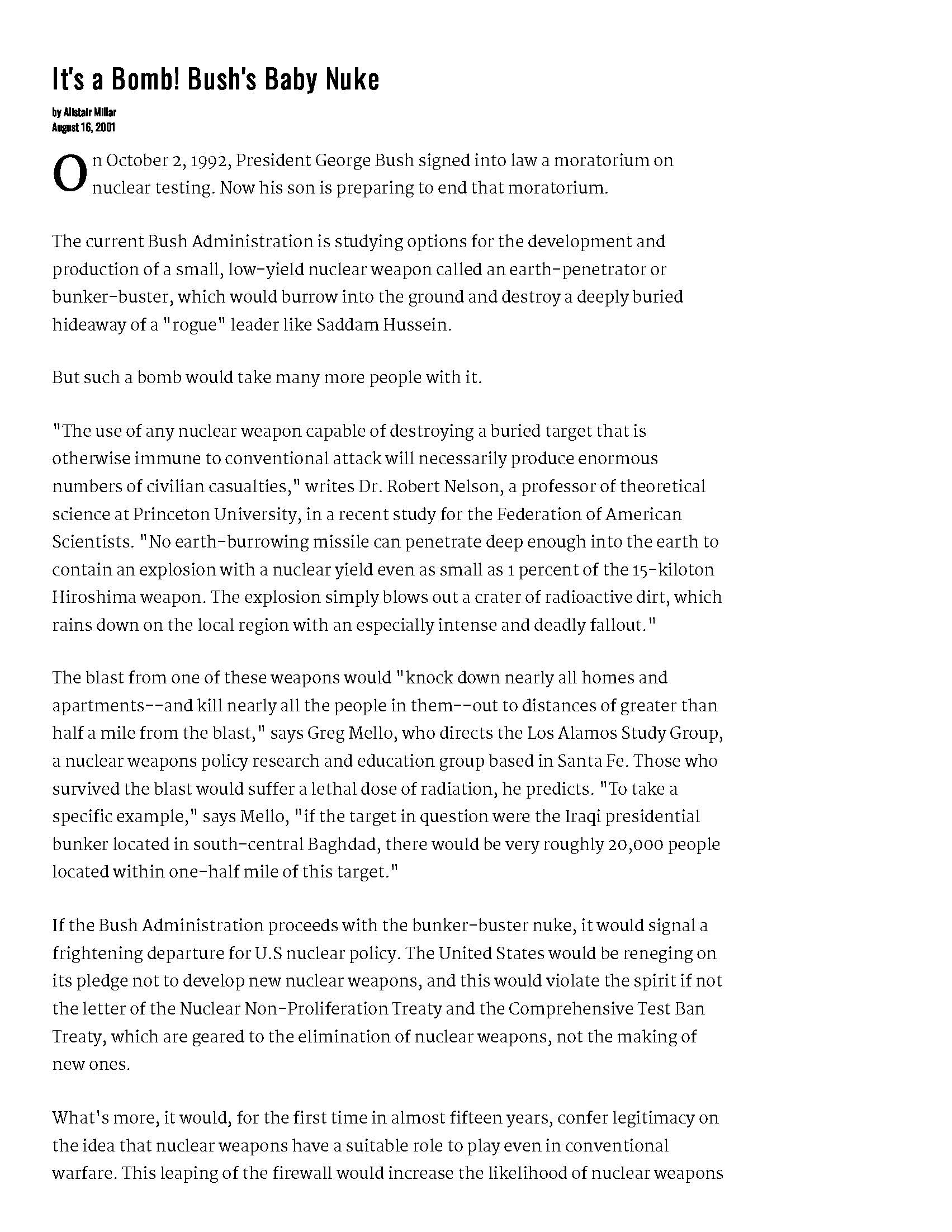 “The current Bush Administration is studying options for the development and production of a small, low-yield nuclear weapon called an earth-penetrator or bunker-buster, which would burrow into the ground and destroy a deeply buried hideaway of a “rogue” leader like Saddam Hussein. But such a bomb would take many more people with it.”