Is UN Equipped to Deliver New Plan on Preventing Extremism? 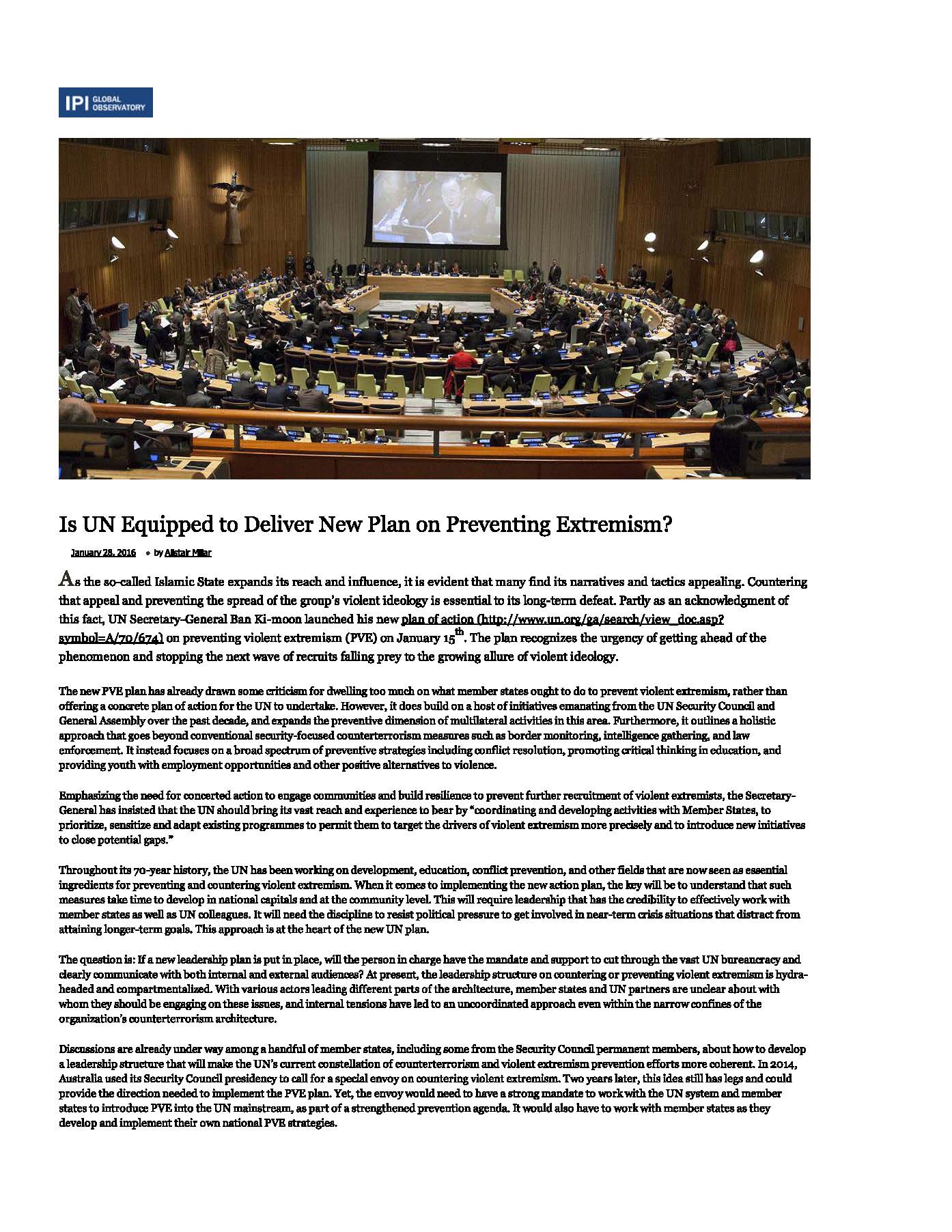 “As the so-called Islamic State expands its reach and influence, it is evident that many find its narratives and tactics appealing. Countering that appeal and preventing the spread of the group’s violent ideology is essential to its long-term defeat. Partly as an acknowledgment of this fact, UN Secretary-General Ban Ki-moon launched his new plan of action on preventing violent extremism (PVE) on January 15th. The plan recognizes the urgency of getting ahead of the phenomenon and stopping the next wave of recruits falling prey to the growing allure of violent ideology.”