(The Hill, 2020)  By Alistair Millar, George A. Lopez, and David Cortright 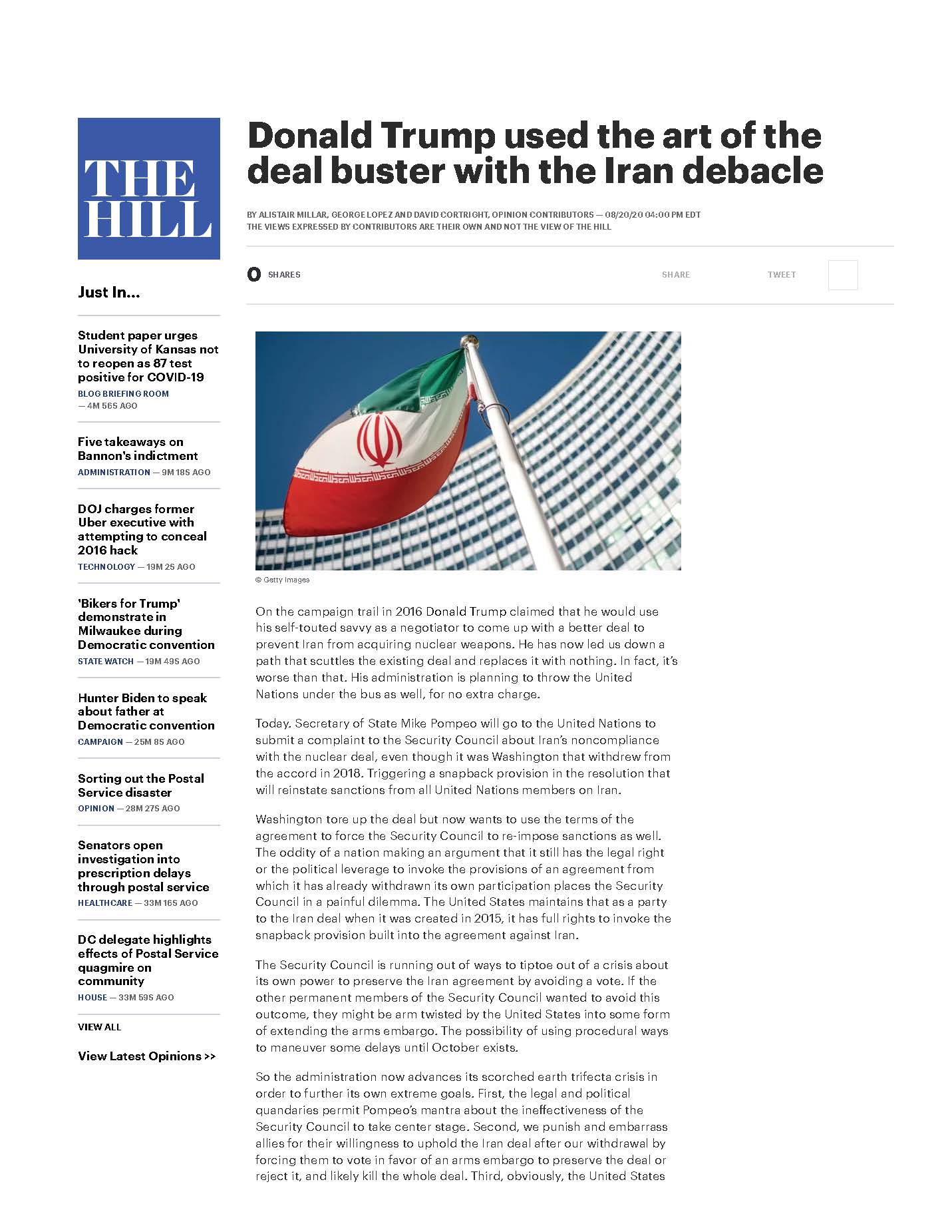 “On the campaign trail in 2016 Donald Trump claimed that he would use his self-touted savvy as a negotiator to come up with a better deal to prevent Iran from acquiring nuclear weapons. He has now led us down a path that scuttles the existing deal and replaces it with nothing. In fact, it’s worse than that. His administration is planning to throw the United Nations under the bus as well, for no extra charge.”