Contested Case: Do the Facts Justify the Case for War in Iraq?

(Fourth Freedom Forum and Joan B. Kroc Institute for International Peace Studies at the University of Notre Dame, 2003)  By David Cortright, Alistair Millar, George A. Lopez, and Linda M. Gerber 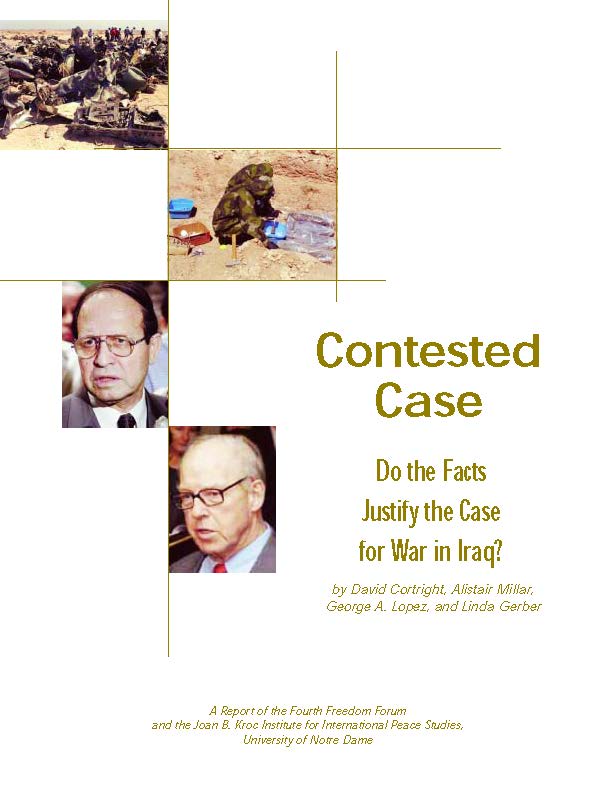 “The Powell presentation provided no specifics on new weapons systems, with the exception of alleged biological weapons produced in mobile facilities–a claim examined below. The Secretary of State noted that many Iraqi biological and chemical agents from the 1990s have not been accounted for, but he gave no evidence that these agents now exist in weaponized form. In more than 400 inspections over the past two months UN weapons inspectors have found no evidence of weapons of mass destruction.”