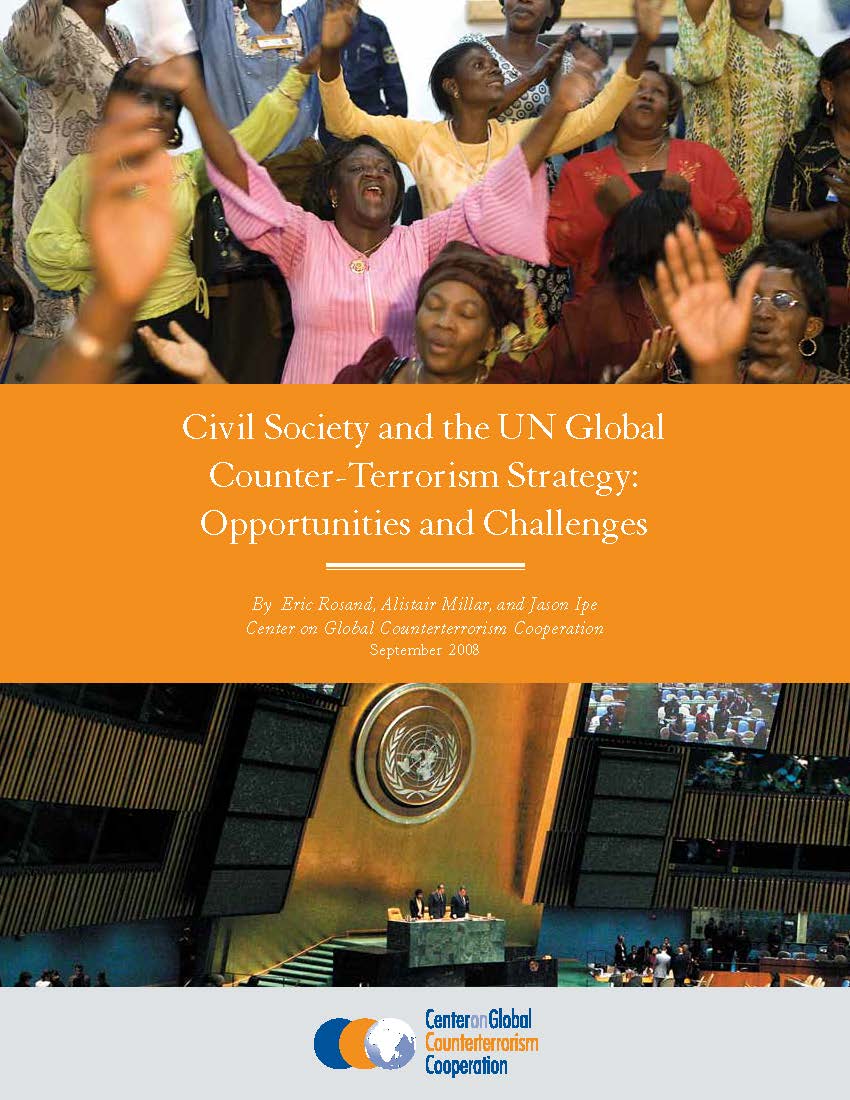 “Implementation of the UN Strategy will require popular support, which can only be built and sustained with the support and cooperation of civil society. However, the increasing tensions between states and civil society since 2001, with the former tending to view the latter with suspicion rather than as independent partners in a cooperative effort to combat terrorism, have complicated attempts to find ways to deepen the engagement among states, the UN system, and civil society in this effort.”